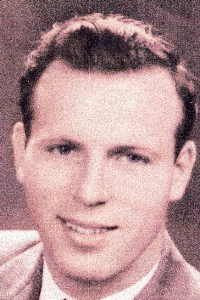 His wife of 57 years, Elizabeth A. (Tivnan) Deely passed away in 2006. He leaves five daughters; Martha and her husband Romuald Cieszynski of Worcester, Rosemary and her husband Anthony Stadie of Woodbridge, VA, Ann-Marie Deely-Carver of Worcester, Elizabeth and her husband Jack Armstrong of Woodbridge, VA and Joan Deely and her companion, Frederick Orsini of Worcester, three sons; J. Brian Deely of Alexandria, VA, Michael Deely and his wife Kymberly of Camden, DE and Christopher Deely of Worcester, seventeen grandchildren, thirteen great grandchildren and nieces and nephews. A brother, John Deely and four sisters, Mary Ferguson, Marguerite Lamont, Martha Cichon and Teresa Roselund predeceased him. He was born in Worcester, son of Peter and Theresa (Hanley) Deely and graduated from Holy Cross Seminary, Dunkirk, NY.

Joseph enlisted in the US Army Air Corps in 1943. He served in the 8th Air Force, 453rd Bomb Group in the European Theater, assigned as an aerial gunner on a B24 Liberator. Proudly flying 30 missions with the same crew and bomber as a ball turret and nose gunner, including 2 missions on D-Day, receiving the Distinguished Flying Cross.

He attended Worcester State College where he received his Bachelor's and Master’s Degrees, while he and Betty raised his growing family. After graduation, Joseph taught at Midland Street School for 2 years.

Joe was a man of faith who deeply loved his family and friends. He celebrated his Irish Heritage, love of music and a good joke. A benevolent man, he established a nursing scholarship in memory of his wife at Worcester State University.

He was a member of Our Lady of the Angels Church, the Knights of Columbus, the Military Order of World Wars, the Sergeant's Association, the Retired Officers Association and served on the Alumni Auxiliary board at Worcester State University.

The funeral will be held on Saturday, March 18 from Callahan Fay Caswell Funeral Home, 61 Myrtle St., with a Mass at 10:00 AM in Our Lady of the Angels Church, 1222 Main Street. Burial will be in Arlington National Cemetery, Alexandria, VA. Visiting hours are Friday, March 17 from 4-7 PM in the funeral home. In lieu of flowers donations may be sent to The Elizabeth (Betty) Deely Memorial Scholarship c/o Worcester State University, 486 Chandler St., Worcester, MA 01602, please make checks payable to the Worcester State Foundation with Deely Scholarship in the memo or the VNA Care Hospice, 120 Thomas St., Worcester, MA 01608. For directions or online condolence book please visit www.callahanfay.com.