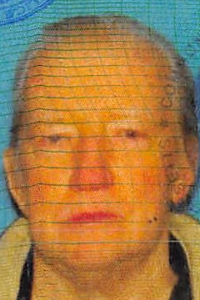 Patrick T. McGinty, 82, of Oxford, passed away, Thursday, March 9th in Webster Manor, Webster. His wife, Elizabeth T. (Forest) McGinty, died in 1987. He leaves two sons, Michael P. McGinty and his wife Cathy of Oxford, and John T. McGinty of Worcester and his wife Sandy of North Brookfield; a daughter, Patricia M. McGinty and her partner Carlos Medero of Worcester; a brother, John McGinty and his wife Carolyn of Australia; two sisters, Jean Bullion and her husband Kenny of Scotland and Margaret Elliott of England; five grandchildren, Michael McGinty and his wife Joyce, Daniel McGinty, Liz Medero, Shawn McGinty, and Emma McGinty; five great grandchildren, Ben McGinty and his fiancée Krista Jalette, Greg McGinty, Elijah, Jose, and Jaylese Medero; and nephews and nieces. He was predeceased by a son, Derek McGinty, in 2004, and two sisters, Cora McGinty and Rose Geary.
He was born in Wilsontown, Scotland, the son of Terence and Mary (Vandenburgh) McGinty and moved here many years ago. Mr. McGinty was a machinist at Morgan Construction for 38 years, before retiring in 1999. He played with the Worcester Kiltie Band and played soccer for the Worcester Scans. He was an avid fan of the Glasgow Celtics soccer team.
Calling hours are Wednesday, March 15th from 5:00 until 7:00 PM in O'CONNOR BROTHERS FUNERAL HOME, 592 Park Avenue, Worcester followed by a service at 7:00 PM. Burial will be at a later date in Worcester County Memorial Park, Paxton. In lieu of flowers memorial contributions may be made in Patrick's memory to a charity of the donors choice.