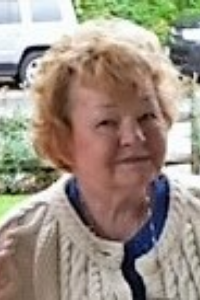 Sheila M. (Johnson) Avedian, 78, of Yarmouth Port, MA, formerly of Worcester, passed away Tuesday, March 7, 2017 in Cape Cod Hospital, Hyannis, MA. Her husband Vaughn S. Avedian died in September 2006. She is survived by her sons, V. Stephen Avedian and his wife Pam of Union, NJ and John Avedian of Boston, MA; grandson, Scott of Union, NJ; three sisters, Jesslyn Johnson, Patrice Johnson, both of Worcester, Andrea Gavin of Shrewsbury; many nieces and nephews. She was predeceased by three brothers, Philip, Kevin and Terrence Johnson. She was born in Worcester, a daughter of Jesse and Mary Patricia (Phelan) Johnson.

Mrs. Avedian worked in sales for Jordan Marsh & Macy’s among many others prior to retiring. Volunteering her time to several agencies on the Cape as a resident for 30 years, she was most recently a member of St. Pius X, So. Yarmouth, MA. She enjoyed living independently at Heatherwood in Yarmouth Port for the past seven years where she made many friends that she cherished.
The funeral will be held on Monday, March 13, 2017 from DIRSA - MORIN FUNERAL HOME, 298 Grafton St., Worcester, MA with a Mass at 10:30 AM in St. Joan of Arc Church, 570 Lincoln St. Worcester. Entombment will be in St. John Cemetery Mausoleum, Worcester. Calling hours in the funeral home will be on Sunday, March 12, 2017 from 3-5 PM. In lieu of flowers, memorial contributions may be made to the Autism Speaks, 1 East 33rd Street 4th Floor, New York, NY 10016 or via www.autismspeaks.org