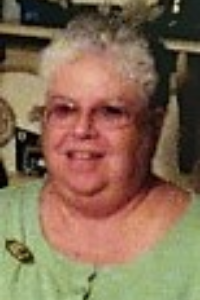 
Ann M. Nadreau, 70, of Worcester, passed away in her home on Tuesday, March 7, 2017. She is survived by her brother, David A. Nadreau and his wife Kimberly of Cumberland, RI and numerous nieces and nephews. She is predeceased by a brother, Edmond V. Nadreau Jr. and a sister Joanne Cripps Rochette. She was born in Worcester a daughter of Edmond V. and Anna M. (Herlihy) Nadreau Sr.

Ms. Nadreau was a Nursing Home Administrator for many years, most recently having worked for Lutheran Home Services and prior to that in the Providence House system of Skilled Care centers. She graduated from St. Stephen High School, Worcester State College and received her Master in Business Administration from Boston University. She was affectionately known as "Auntie Re" to her nieces and nephews, she enjoyed keeping up with their lives and interests. Ann was also an avid collector and reader.

In lieu of flowers, memorial contributions may be made to the American Diabetes Association , 2451 Crystal Drive, Suite 900, Arlington, VA 22202 or the donors' local Lion's Club Chapter.