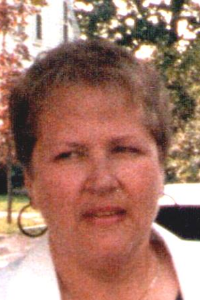 Ruth leaves her devoted husband of 46 years, James G. Chambers; her daughters, Jeanne A. LePage of Woodstock, CT and Carole Anne Chambers-Gusko of Lancaster; her sons, W. Douglas Lepage of Holden and David M. Lepage of Walnutport, PA; four grandchildren, Edward Lepage of Boston, Kayla A. Gusko and Darrin J. Gusko, II both of Lancaster and Hannah Lepage of Walnutport, PA. She was born and raised in Down East, ME the daughter of Willard and Priscilla (Robinson) Austin and relocated to Lancaster during her Senior year of High School, graduating from Lancaster High School and Becker Junior College.

Ruth worked for years within the nursing and administrative fields; along with her husband James, she also formerly owned and operated Boylston Liquours and Boylston Truck Repair. Ruth eventually retired from National Grid. Ruth enjoyed watching the Red Sox and Patriots, although her true passion was stock car racing. She spent years with her husband James "chasing" the NASCAR modified series up and down the east coast. Ruth also loved camping in Maine with family and traveling with James in their motor home.

The family would like to express their gratitude to the staff at Summit Elder Care, East Mountain Street.

Funeral Services will be held privately in Maine. In lieu of flowers, memorial donations may be made in Ruth's name to, the Auburn Fire Department Gift Account, 47 Auburn St., Auburn, MA 01501. Arrangements in the care of Fay Brothers Funeral Home, 1 West Boylston Street, West Boylston.