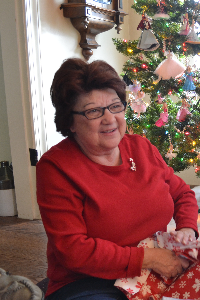 SPENCER; Cynthia Ann (Bercume) Prouty, a lifelong resident of Spencer, Massachusetts, passed away on Saturday, February 25 following a battle with cancer; she was 67 years old. She is survived by her son, Samuel Prouty and his wife Melissa Kobelin of Weybridge, Vermont, and two grandchildren, Meredith and Miles Prouty; she also leaves behind sisters Linda Faucher and her husband Donald of Spencer and Debra Kelly of Brookfield, and a brother, John Bercume of Worcester. Another beloved sister, Karen M. Bercume, predeceased Mrs. Prouty in 2013. Cindy's husband of 45 years, Charles "Newt" Prouty, succumbed to cancer last March. Cindy is also survived by two nephews, Keith Faucher of Spencer and Jamie Faucher of Barre, and their families, and by her cousin who was like another sister, Carol Kenerson of Spencer, and her family.

Cindy Prouty graduated from David Prouty High School in 1967. After spending time at home to raise her son, she spent much of her working life managing Prouty Insurance Agency in Spencer alongside her husband, until their retirement in 2010. The oldest sibling in her family, Cindy was a take-charge person who enjoyed helping others and being a reliable source of strength in her family. Generous to a fault, Cindy always went the extra mile for people; she wouldn't just give you the clothes off her back, she'd take you shopping for a whole new wardrobe. Mrs. Prouty took great pride in making sure that her home on Main Street was appropriately (and often whimsically) decorated for each holiday, to the amusement of passersby and commuters. Cindy was an involved, dedicated, and supportive mother, and she absolutely relished being a grandmother who showered Meredith and Miles with cool stuff, fun experiences, and unwavering love. She was truly happiest when devoting herself to others.

Several months ago, Cindy chose to relocate to Middlebury, Vermont so that she could spend her remaining time with her son and grandchildren. Despite being new in an unfamiliar place, she made friends quickly and, on good-health days, was able to volunteer at her granddaughter's elementary school, which she enjoyed greatly.

There will be a celebration of both Cindy's and Newt's lives at the Spencer Country Inn at 10:30 am on Saturday, March 11, followed by brunch.