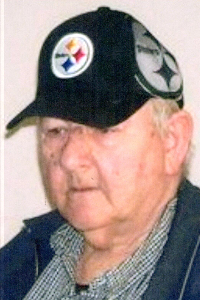 He was born in Worcester, son of John C. and Cora M. (Paul) Lavin and was an Army veteran of the Korean War. Don worked for Worcester Taper Pin, Corp. now known as Wright Machine, for many years before retirement. He was on the Millbury Fire Department for 11 years, retiring as Lieutenant. Don was a member of Sacred Heart-St. Catherine of Sweden Parish. He enjoyed going to the casino, scratch tickets and going to car auctions.

Services for Don will be held Sunday, March 5 at Lindquist Lundin Funeral Home, 36 Butler Street, Worcester with visiting hours from 1-3 pm immediately followed by a prayer service. Burial in All Faith's Cemetery will be held at a later date.