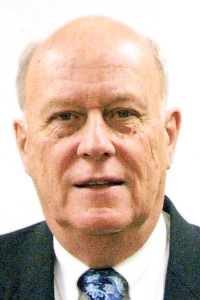 John P. Johnson, 77
Worcester-John P. Johnson of Worcester sadly left this life Wednesday, February 22nd to join the love of his life Grace C. (Mackintire) Johnson, his wife of 37 years who died in 1998. John courageously battled pancreatic cancer for over a year. John is survived by his son John E. Johnson of Hudson, his daughter Susan M. Sigel of Worcester, his two grandsons Justin P. Sigel and Jonathan S. Sigel both of Worcester, and his sister Margaret M. Cavanaugh of West Boylston. He was pre-deceased by his brother-in law Thomas R. Cavanaugh. John leaves behind several nieces and nephews.
John was born in Worcester, son of Margaret M. (Maloney) Johnson and Arvid G. Johnson. John graduated from St. Peters High School and Worcester Polytechnic Institute. He worked up to the day he was diagnosed with cancer, as a purchasing manager at John G. Shelley Company, in Wellesley Hills.
John served in the Air National Guard, as an Electrical Power Production Specialist. John was a member of the Massachusetts State Police Association and the Knights of Columbus. John was very active in his parish at Christ the King Church, as a Eucharistic Minister and a member of the choir.
A Funeral Mass will be held at 10 a.m. on Monday February 27th, 2017, at Christ the King Church 1052 Pleasant St. Burial will be in Worcester County Memorial Park, Paxton. Calling hours are 2 p.m. to 5 p.m. Sunday February 26th, 2017 at Callahan-Fay-Caswell Funeral Home 61 Myrtle St, Worcester.
In lieu of flowers, Memorial contributions may be made to the American Cancer Society at www.cancer.org or the American Diabetes Association at www.diabetes.org