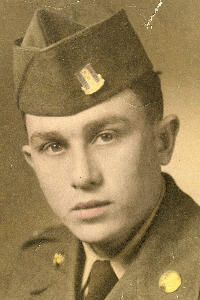 SPENCER: Juan Miranda 87 of Spencer, died Wednesday, Feb. 22 in Rose Monahan Hospice Home in Worcester.
He leaves his wife of 64 years, Paula (Torres) Miranda, his four sons Rodolfo T. Miranda and his wife Cheryl of Spencer, Miguel A. Miranda and his wife Dawn of San Antonio, TX, Juan Miranda Jr. and his wife Shelley of N.Brookfield and David Miranda of Paxton, his daughters Hermenegilda Miranda-Rivera and her husband Sergio of Naquabo, Puerto Rico, Dorothy Bellaria and her husband Michael of Old Lyme, CT, Teresita A. West and her husband Craig of Charlton, Wanda O'Coin and her husband James of Somers, CT, Lourdes Ugrinow and her husband Paul of Charlton, Margaret Ungerer and her husband Brian of Sturbridge, Pauline Miranda of E.Brookfield and Jenney Miranda of Webster, his 5 siblings in Puerto Rico, 24 grandchildren, 13 great grandchildren and 2 great great grandchildren.
Juan was a foreman for Rand Whitney in Worcester where he worked for 30 years, retiring in 1994.
Born in Orocovis, Puerto Rico, he was the son of Jose and Juanita (Rivera) Miranda and later served his country with the U.S. Army during the Korean War.
He was a member of Mary, Queen of the Rosary Parish. He was an avid pro wrestling and New York Yankees fan.
A Funeral Mass will be held on Saturday, Feb. 25 at 10 a.m. in Our Lady of the Rosary Church, 7 Church St., Spencer. Friends are asked to go directly to the church. Burial with Military Honors will follow in Worcester County Memorial Park, Paxton. There are no calling hours. In lieu of flowers, Memorial contributions may be made to Alzheimer's Assoc. of Mass., 311 Arsenal St., Watertown, MA., 02472.