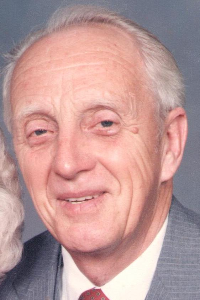 He was born in Worcester, son of John and Anna (Person) Swenson. Mr. Swenson was a Coast Guard veteran of World War II. He was a Worcester Firefighter for over 30 years, retiring as Lieutenant in 1980 and was also an accomplished carpenter and built his own home. He was a longtime member of Bethlehem Covenant Church. Rudolf’s family would like to thank the nursing staff at Beaumont Nursing and Adult Day Health in Northbridge for the wonderful care they provided.

A Funeral Service will be held on Thursday, February 23rd at 10:00 am at Lindquist Lundin Funeral Home, 36 Butler Street. Burial will follow at New Howard Cemetery in Sutton. Visiting hours are Wednesday, February 22 from 5-8pm at the funeral home. In lieu of flowers, donations may be made to the Bethlehem Covenant Church Memorial Fund, 46 Greenwood Street, Worcester, MA 01607.

In lieu of flowers, donations may be made to the Bethlehem Covenant Church Memorial Fund, 46 Greenwood Street, Worcester, MA 01607.