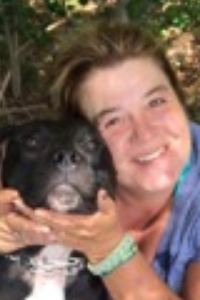 Beryl was born in Boston and raised in Framingham and attended Framingham Public Schools and Mass Bay Community College. Beryl was a resident of Millbury, formerly raised her family in Milford. Beryl had a lifetime career in the restaurant industry and treated her customers like family.

Beryl enjoyed cooking nutritious meals and baking delicious desserts for her family. She loved going to the beach, fishing, and she loved all animals especially her previous cats and dogs. Beryl’s greatest joy was spending time with her family and friends. Beryl was always the “Neighborhood Mom” as her children were growing up. Her house was the place to be for years and she was always loving, caring, and would do anything for anyone because she had a heart of gold. If her children’s friends needed a ride, a place to stay or advice, she was the one everyone turned to. Beryl’s favorite vacation was when she and Rob took the boys to Walt Disney World many years ago and her dream was to move to AZ with her son Patrick.

Private memorial services will be held at the CALLAHAN FAY & CASWELLFuneral Home, 61 Myrtle Street Worcester, MA. 01608 There are no calling hours. Memorial donations may be made to the gofundme.com to support funeral/travel expenses for Pat Rosenstein. Those wishing to honor Beryl with a memorial contribution are asked to consider the Cystic Fibrosis Foundation.

To send a message of condolence to the family, please view the obituary at www.callahanfay.com