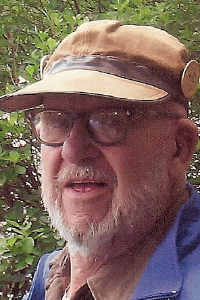 LEICESTER: Robert C. Anderson 87, of Craig St., in the Rochdale section of Leicester, died Thursday, Feb. 16 at UMASS - Memorial, Belmont St., Worcester.
He was the husband of Margaret (Gates) Anderson who died in 1991. He leaves his daughters Nancy J. Proffer of Flint, Mich., and Barbara A. Sobol and her husband Joseph of Londonderry, NH., a sister Evelyn Fish of W.Boylston, two grandchildren Peter Sobol of Thailand and Nathan Sobol of Londonderry.
He was born in Worcester, the son of Herbert C. and Margret (Sandquist) Anderson and later graduated from North High School in Worcester.
Bob was a tool and die maker for Worcester Tool & Stamping in Rochdale where he worked for 40 years, retiring just recently in 2015. He was a longtime member of the Worcester Pistol & Rifle Club from 1945-55. He was a life member of the Leicester Rod & Gun Club, Senior member of Singletary Rod & Gun Club in Oxford and was an avid outdoors man who enjoyed fishing, hiking and shooting.
A Memorial Service will be held on Tuesday, Feb. 21 at 11 a.m. in the MORIN FUNERAL HOME, 1131 Main St., Leicester. A calling hour will precede the service from 10 to 11 a.m. Burial of ashes will be in Worcester County Memorial Park at the convenience of the family. Please omit flowers, contributions may be made to either V.N.A. Care Network, 120 Thomas St., Worcester 01608 or a charity of choice.