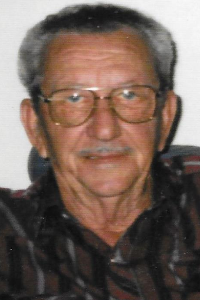 Worcester - Louis A. Chaput, 92, passed away peacefully on Friday, February 17, 2017. He was born in Worcester, March 2, 1924. He leaves his daughter, Debra A. Nordstrom and her husband Warren Nordstrom, Jr., of Whitinsville; two brothers, Ernie and Alfred Chaput; a sister, Phyllis Carter and many grandchildren, great-grandchildren, nieces and nephews.

There are no calling hours. A graveside service will be held at Notre Dame Cemetery, Worcester on Thursday, March 2, at 11:00 a.m.