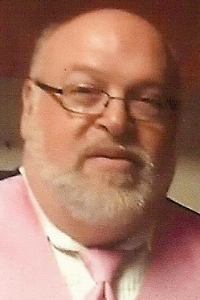 WINCHENDON: Louis A. Maher 59, of Webster St., formerly of Spencer, died Monday, Feb. 13 at Haywood Hospital in Gardner after a brief illness.
He leaves his companion of 5 years, Susan M. Bettencourt and her daughter Amanda with whom he lived, his son Louis A. Maher, II and his significant other Amy Bowen of Baldwinville, his daughters Vickie M. Lopez and her husband Cruz of Worcester, Kimberly J. Desrosiers and her husband Ronald of Spencer and Tracy L. Maher and her significant other Paul Brunette of Charlton, his brother Paul M. Maher and his wife Debbie of Webster, his sisters Mary A. Sickenberger and her husband Skip of Spring Hill, FL., and Sandra Caudle and her husband Larry of NC., his former wife Linda (Dimond) Maher of Spencer, 6 grandchildren; Kaleb, Harmony, R.J., Cam'Ron, Cody and Dean, several nieces and nephews. He is predeceased by a sister Bernadette Booth.
Born in Worcester, he was the son of Ambrose A. and Marion A. (Merchant) Maher and lived in Spencer until 2014.
Louie was a mechanic for Toreku Tractor in Ayer, previously he worked at Klem's Dept. Store in Spencer for 20 years. An avid race car driver, he competed in stock car races all over New England with his son. He was a member of Central Mass. Street Rod Association,and the Spencer Fair Association. He loved his family, especially his grandchildren.
Funeral services will be held at the conclusion of calling hours from 4 to 6 p.m. on Friday, Feb. 17 in the J.HENRI MORIN & SON FUNERAL HOME, 23 Maple Terr., Spencer. Burial will be at the convenience of the family in Mary,Queen of the Rosary Cemetery, Spencer. In lieu of flowers, contributions may be made to the American Cancer Society, 30 Speen St., Framingham, Ma. 01701.