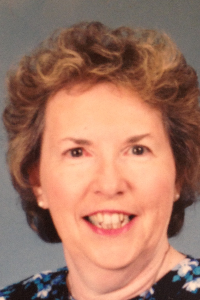 The World’s Greatest Aunt, Mary Lee Lavin died February 12, 2017, at the age of 82. Mary was born in Somerville, Ma on September 7, 1934, to John & Catherine (Dempsey) Fogarty. She was a graduate of Mount St. Mary’s High School and Bentley College. During her career she worked at Corn Products, Polaroid and finished her working career as the Business Manager for the Berlin-Boylston School District.
In 1979, she married the love of her life, Joseph E. Lavin, who she met several years earlier at Mosley’s on the Charles. Mary and Joe, spent many happy years together, dancing, traveling and golfing.

Mary was predeceased by her parents, her husband, her brothers Reverend Doctor John C. Fogarty (O’Carm), and Robert (Bobby) Fogarty, sister, Ellen Fogarty, brother in laws, Joseph Tyrrell and Martin (Marty) Melia and sister in laws Peggy Melia and June Lavin.
Mary is survived by Sister in Laws, Tina Fogarty of Maine, and Mary Tyrrell of Massachusetts. Mary is survived by many nieces and nephews from the Lavin, Melia and Tyrrell families. From the Fogarty side of her family, she was fondly known as “Dibba”. She leaves behind her nieces and nephews Jeanmarie Reed and Fiancé Michael Russell, John Fogarty and wife Laurie, Catherine Barillas and husband Gustavo, Margaret Llopis and husband Perry, and Karen Bruaw and husband Jeff. Mary is also survived by many great nieces and nephews and two great great nieces and a great great nephew.

Mary’s family wishes to thank all the staff of the Notre Dame Long Term Care Facility in Worcester for their outstanding care, love and support that they provided Mary during her years with them!

There will be a Mass of Christian Burial at St Mary’s of the Hills, 630 Cross Street, Boylston on Saturday, February 18 at 10AM. Burial will follow in Saint John’s Cemetery, Worcester. Arrangements in the care of FAY BROTHERS Funeral Home, 1 West Boylston Street, West Boylston.