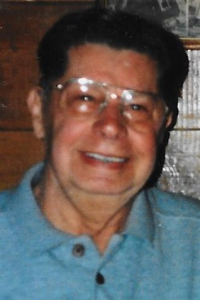 Boylston - Frank Wooldridge, D-Day veteran, died February 13, 2017, surrounded by his loving family at The Sandalwood Center in Oxford at the age of 95. He was born in Worcester, son of the late F. Arthur and Mary (Walford) Wooldridge. He leaves his son and daughter-in-law, Carl and Debra Wooldridge and granddaughter Cori Anne Wooldridge and her fiancé Wesley Simoes all of Charlton. He also leaves his dear friend Hazel Anderson of Boylston. He was preceded in death by wives Shirley (Nylin) Wooldridge and Albina (Perron) Wooldridge, 2 brothers, Ernest and Edward Wooldridge, and 2 sisters, Beatrice Godfrey and Ruth Bacon.

In 1939, Frank joined the Army National Guard's 181st Infantry. In 1941, Frank joined the Infantry Division of the 315th Medical Battalion, 357th Infantry Regiment, leaving New York in 1944 as a surgical technician with the 90th Infantry Division. He fought during the Normandy invasion and the Battle of the Bulge. He was among those soldiers who landed on Utah Beach on D-Day and returned to Europe to mark the 50th anniversary of that day.

He worked as a customer service rep at Rand Whitney and was a mail carrier for the US postal service. He was a member of the First Congregational Church of Boylston and one of the founding members of the Central Massachusetts Veterans of the Battle of the Bulge, Major Lamar J. Souter Chapter 22. He was an avid golfer and enjoyed playing poker with his buddies. He loved to laugh and had a true zest for life.

Funeral services will be held Monday, February 20, 2017, at the First Congregational Church of Boylston, 10 Church Street, Boylston MA 01505. A calling hour will be held at 10am followed by the service at 11am. Burial will be in Pine Grove Cemetery, Boylston. In lieu of flowers, donations may be made to the memorial fund of the church. Nordgren Memorial Chapel, 300 Lincoln Street, Worcester MA 01605 is directing arrangements.