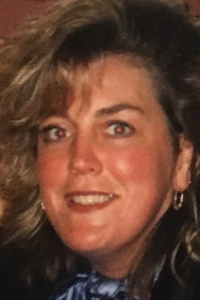 WORCESTER- Sandra (Buffy) Leigh Hehir, 49, died unexpectedly on Sunday, February 5, 2017. She was born in Worcester and was the daughter of Robert T. and Carol ( Hansen ) Hehir. Buffy leaves three sisters Colleen Nickerson and her husband Robert of Auburn; Susan Hehir of West Boylston; Laurie Hehir of Auburn and her brother, Robert Hehir of Plymouth. She leaves her sister in law, Ann Hehir of Auburn, her aunt, June Solomon of Worcester and several nieces and nephews, MacKenzie Hehir, Shannon Oteri, James Greene, Thomas O’Connell Jr., Garrett Hehir, and great niece Hannah Oteri. Buffy loved her family, especially her youngest sister Laurie Hehir, who were inseparable growing up as children and in their adult lives. She also leaves her best friends and colleagues Corinne Tsouvalos and Lisa Carter.

Buffy loved sports and was an outstanding athlete. She began playing sports at age 8, where she was one of the first girls to participate in the O’Brien Little League. She played youth ice hockey in the Assabet Valley Youth Hockey League. Buffy played Varsity Basketball and Softball at South High Community School. Buffy played basketball at Westfield State University and Becker College. Through sports, Buffy established lifelong friendships which she valued in her daily life. Buffy will be greatly missed by all those who shared in the sports arena of physical fitness, teamwork, competition, collegiality, and victory.

Buffy worked as a teacher, coach and an instructional aide in the Worcester Public Schools for more than a decade, most recently at Claremont Academy. Buffy greeted all students daily with a smile and shared her message of the importance of earning a high school diploma, continuing on to college or vocational training, making good decisions and treating others with kindness.

In lieu of flowers, donations may be sent to the Educational Association of Worcester, Inc., 397 Grove Street, Worcester, MA 01605.