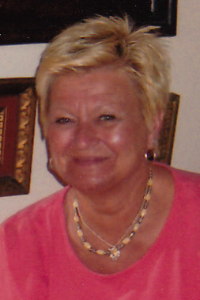 She leaves 2 sons, Robert G. Lane and his wife Kim of Dudley, and Carlos G. Lane, Jr. and his fiancée Luann of East Brookfield; and 3 beloved grandchildren, Nicholas, Amanda and Christopher.

She was born and raised in Worcester, the daughter of Chester J. and Lody (Rachubka) Sonta and moved to Charlton in 1976. After raising her family, she attended the Wilfred Beauty Academy.

Carolyn was a hairdresser for over 30 years, working most recently at Finally Lisa’s in Southbridge. She retired in 2012. She loved traveling, especially to the beach, gardening, reading, playing dominos with “the girls” and spoiling her big orange cat Roomy. She was a bright spot in many lives and will be greatly missed.

The family would like to thank Jill from Central Mass. Hospice for her tender care for Carolyn.

A memorial service in her honor will be held at a later date. There are no calling hours. Donations in her name may be made to the Central Mass. Hospice, 191 Pakachoag Road, Auburn, MA 01501. Arrangements are under the direction of Scanlon Funeral Service, 38 East Main Street, Webster.