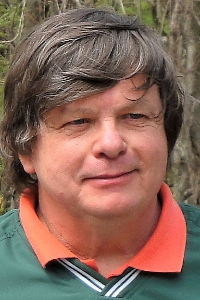 He was born in Worcester, son of the late Augustine F. "Gus" Burke, Jr. and Ruth A. (Tamulis) Burke and was a life-long resident of Auburn. He attended Assumption Prep. In Worcester, Simon’s Rock in Great Barrington, MA and graduated from Auburn High School in 1972. He also graduated from St. John’s College in Annapolis, MD and Officer’s Candidate School at the Naval Station in Newport, RI. He was a United States Navy Veteran and was honorably discharged with the rank of Lieutenant.

John worked many years as a power plant inspector for One Beacon America Insurance Company until he retired. He previously worked for Hartford Steam Boiler Inspection and Insurance Company. He was a long time active member of the Ancient Order of Hibernians and Past President of the Worcester Hibernian Cultural Foundation. He was also actively involved in the annual Irish Festival and the St. Patrick’s Day Parade Committee. He enjoyed traveling, studying the Irish language with Ar dTeanga Fein, and family holidays preparing Mommy’s Ham. He will be remembered for his kindness, the generous gift of his time to many varied Irish activities in the community, and especially for his beautiful tenor voice and his participation in the Assumption Schola Gregoriana.

The family suggests donations in memory of John be made to the Worcester Hibernian Cultural Foundation, 19 Temple Street, Worcester, MA 01604. To share your thoughts and memories with the family on-line, please visit www.kellyfuneralhome.com

****PLEASE NOTE: John's Funeral will still take place as scheduled. Due to the accumulation of snow, it is suggested that anyone joining the procession to the Church should arrive at the Funeral Home NO LATER THAN 9:45 A.M. - Following the Mass, Committal Prayers at St. John's Cemetery will be held in the Mausoleum Chapel.