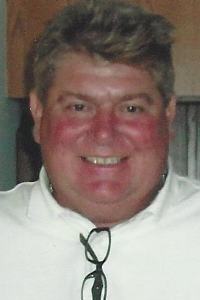 Michael J. Caccialino, 57, of Worcester died peacefully on Saturday February 4, 2017 in UMASS Memorial Medical Center, University Campus.
He leaves two daughters, Natalie Caccialino and Sofia Caccialino both of Shrewsbury; his father and mother, Domenic and Dolores (Martello) Caccialino of Holden; his sister, LuAnn Jacques of Shrewsbury; two nephews, Zachary Jacques of Manchester, NH, and Christopher Jacques of Shrewsbury, his Aunt, Jean Marie LaMarche and her husband Richard LaMarche of Worcester and several cousins. He was born in Worcester and has lived here all of his life.
Mr. Caccialino was a heavy equipment operator and general laborer working in construction for many years. He was a member of the International Laborer’s Union.
The funeral will be held on Wednesday February 8, 2017 at 11:30 A.M. in HENRY-DIRSA FUNERAL HOME, 33 Ward Street. Burial will be in St. John’s Cemetery. Calling hours in the funeral home are Wednesday February 8, 2017 from 9:30 – 11:30 A.M. before the service. In lieu of flowers, memorial contributions may be made to a charity of the donor’s choice.