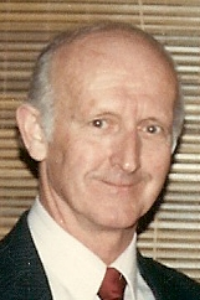 
CHERRY VALLEY/AUBURN; Albert J. Davenport, 88, of 667 Washington St., Auburn, died peacefully in his home at Eddy Pond, where he had lived for the past two years, surrounded by his loving family.
He leaves a son, Francis J. Davenport and his wife Tracy of Leicester, 4 daughters; Daryl A. Tennenholm and her husband Jack of Leicester, Anna M. Smith of Southbridge, Margaret M. Klosek and her husband William of Cherry Valley, Kathleen F. Garrity and her husband Robert of Barre, and their mother, Lillian R. (Johnson) Davenport of Auburn, 12, grandchildren; Joshua, Kristy, Eric, Jonathan, Meghan, Jared, Jacob, Jill, Chelsea, Connor, Michaela, Rileigh, and 5 great-grandchildren.
He was pre-deceased by a son, Albert J. Davenport, Jr. in 1990, 3 brothers; Joseph, Raymond and Francis Davenport, 3 sisters; Margaret Taylor, Anna Ethier and Alberta McGlynn.
Born in Cherry Valley, he was the son of Albert & Margaret M. (Cochran) Davenport and lived most of his life here.
Mr. Davenport served his country in the Army during the Korean War. He was a foreman for 43 years at G.F. Wright Steel & Wire, retiring in 1992.
He was a member of St. Joseph's Church in Leicester. He enjoyed traveling, golfing and spending time with his family.
The family would like to extend deep gratitude to the Staff at Eddy Pond West for their attentive care and friendship with Albert and his family, and thanks to Jewish Home Health Care Hospice, Epic Home Care, and Worcester Home Care.
Calling hours for Albert are Monday, February 6 from 4-7 P.M. in the MORIN FUNERAL HOME, 1131 Main St. Leicester. Services and full burial in St. Joseph's Cemetery, Leicester are Private.
In lieu of flowers, contributions may be made to the Jewish Home Health Care Hospice, 629 Salisbury St., Worcester, MA 01609 or to the Alzheimer's Assoc. of MA/NH, 480 Pleasant St., Watertown, MA 02472.