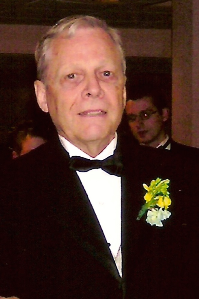 Norman was born in Worcester a son of Albert and Estelle (Guevin) Houle. He graduated from The College of the Holy Cross. Norman proudly served in the United States Marine Corp. from 1957 until 1960 and attained the rank of First Lieutenant. He worked for 22 years for General Motors and retired as a manager in the Human Resources Department. Norman was a member of Toast Masters International and achieved the designation of chairman while being a member of the southern New York Chapter. He lived his Catholic faith and enjoyed following and discussing politics, spending time with his extensive family and playing with his two dogs Jersey and Fella.