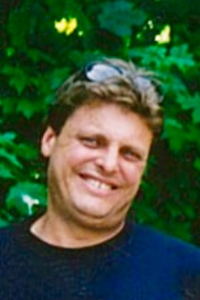 PORT RICHEY, FL-Karl Rodney Hall, 56, passed away peacefully, though way too soon, from complications of pneumonia on Friday, January 20th. He left this life with loved ones by his side.

Karl is survived by his two sons, Karl R. and James C. Hall, both of Worcester; his father, Ralph P. Hall and his wife Joy of Holden; his mother, Ann M. (Benedict) Katz and her husband Norman of Covington, LA; his love and longtime companion, Angela Zweck of Port Richey, FL; a brother, John S. Hall of Port Richey, FL; sisters, Kathrine H. Dombrowski and her husband Brian of San Jose, CA and Elizabeth J. Tivnan and her husband Paul of Rutland; his former wife, Lee R. Hall of Worcester, many aunts and uncles, nieces, nephews and cousins, his grandniece and grandnephews, as well as his good buddy and rescue dog, King. Karl was predeceased by his daughter, Eva L. Hall and his brother, Ralph A. Hall.

Karl was born in Holden and grew up in West Boylston, then Worcester, where he raised his family. He moved to Florida nine years ago. Karl was the “best truck driver ever” and taught all his friends how to drive an eighteen wheeler, some who are still running the road today. He travelled all over the country visiting nearly every state while working for his father’s business, Hall Brothers, Inc. He was an owner/operator for many years of Hall’s Moving & Storage, co-owned and operated CapCon Logistics with his brother and sister and last owned and operated Hall’s Trucking. Karl was a handsome man with a big heart and a generous spirit. He loved being around friends and family enjoying stories and many laughs. He loved all animals, especially his horse, Trucker, who he rode on the family’s farm in Spencer. He enjoyed fishing, camping, classic rock music (played very loud), a good game of cribbage, old western movies and riding his Harley Davidson with his girlfriend Angela. He had a big smile, a quick wit and a way with words. He was fond of old adages; “Don’t ever change your in horse mid-stream” was one of his favorites. His family and friends already miss him very much.

Visiting hours for Karl will be held on Friday, January 27th from 5:00 until 8:00 pm at FAY BROTHERS Funeral Home, 1 West Boylston St., West Boylston. Karl’s Funeral Service will be held on Saturday, January 28th at 11:00am at the First Congregational Church, 26 Central St., West Boylston. Burial will be private. In lieu of flowers, memorial donations may be made to SPCA-Suncoast, 7734 Congress Street, New Port Richey, FL, 34653 or the Worcester Animal Rescue League, 139 Holden St., Worcester, MA 01606.