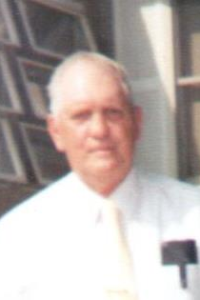 WORCESTER- George Henry Wise, 93, passed away on January 17, 2017 at UMass Medical Center after a brief illness.

Mr. Wise was born in Morgantown, West Virginia on July 25, 1923 a son of the late George Calvin C. and Julia C. (Jenkins) Wise. He enlisted in the United States Army where he proudly served his country during World War II. George was a part of the 645th Tank Destroyer Battalion and served in Africa and Sicily, Italy during the war until he was injured and returned to the United States to recover. He was brought to Fort Devens, Massachusetts where, as fate would have it, he met and married Marion Catherine (Hedberg) and they began a 72 year relationship until his passing.

In 1950 they moved to Worcester, Massachusetts and he began work at the former Arter Grinder Company and then at the Worcester Foundation for Experimental Biology before beginning a 20 year career at the US Postal Service where he worked as a mail handler.

Mr. Wise was a member of the former Grace Baptist Church where he served as the Financial Secretary and was a life member of the DAV Chapter 4, the North Grafton Fish and Game and the National Rifle Association. An active golfer, for many years George played in the Seniors Golf League at Green Hill Municipal Golf Course.

He leaves behind his beloved wife, Marion Catherine (Hedberg) Wise of Worcester; two sons, Garry Linn Wise of Ashburnham and Larry William Wise and his wife, Susan of Worcester; grandsons, Brian Michael Wise and Glenn Curtis Wise, both of Worcester; a brother, Emmett T. Wise, of Worcester; a sister, Laura Jean Wilson, of Morgantown, WV; many nieces and nephews and extended family.

Mr. Wise is predeceased by an infant son, Glenn Calvin Wise who died in 1945; his brothers, Charles, Donald and Douglas Wise.