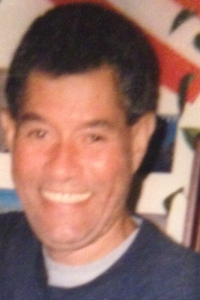 Mr. Pacheco was a proud veteran of the United States Army. Following his military career Jose worked for the Worcester County Food Bank for 20 years. He was a hardworking And dedicated man who's greatest joy in life was being able to provide for his family. A die hard fan of the New York Yankees, Jose always had a warm smile on his face. Mr. Pacheco enjoyed helping kids in the neighborhood become involved with sports and when his children were younger they enjoyed spending time with him at the local parks where they would play. He will be deeply missed by his family, friends and anyone who had the privledge to know him.

He is survived by his loving companion of 32 years, Margaret Sullivan of Worcester; three children, Jose Pacheco, Nicholas Sullivan and Stephanie Hunt, all of Worcester; six grandchildren.

Visiting hour will be held on Monday, January 16th from 2:00pm until 4:00pm in the CALLAHAM -Fay & Caswell Funeral Home, 61 Myrtle St., Worcester. A full obituary will appear on this website on Sunday.