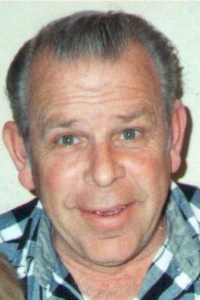 Robert B. Rice, "Bob" and "Bumpa", 76, of Worcester, MA passed away peacefully after a short illness on January 12, 2017 at UMass Medical Center surrounded by his loving family.

He was born in East Saint Louis, IL son of the late Benjamin and Eleanor (Warner) Rice.
He graduated North High School in 1958 and attended Wentworth College. He worked for Heating and Oil Companies in the Ashland area and the Montachusett Girl Scout Council as a Camp Ranger. He and his wife owned and operated Rocky Brook Motel and Ice Cream Plus in Keene, NH. After retiring, Bob moved back to Worcester and worked part-time for Sams Club. He loved camping with extended family, fishing and spending time with his family, grandchildren and great-grandchildren. He spent hours playing games on the computer and sitting with his dog, Sandie.

Visiting hours will be held Sunday, January 15th from 2:00-5:00pm in CALLAHAN FAY & CASWELL Funeral Home, 61 Myrtle St., Worcester. Burial will be held at a later date.
In lieu of flowers, memorial contributions can be sent to the American Heart Association at www.heart.org or to the Second Chance Animal Shelter at www.secondchanceanimals.org.