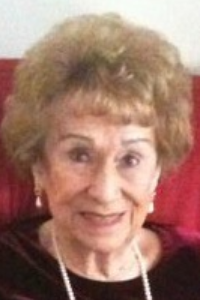 WEST BOYLSTON-Joanne A. (Kelley)Nolan, 92, passed away peacefully at her home on January 8, 2017.

Mrs. Nolan was born in Clinton, MA on July 12, 1924, a daughter of the late William and Yvonne (Melanson) Kelley. She attended The Holy Rosary School and then graduated from Clinton High School in 1941. Joanne was an active member of the P.T. A. and the Women’s Guild of the Lady of Good Counsel. After raising six children, Joanne gained employment as a secretary at Joseph Leavitt Company for 8 years, retiring in 1986. Her most joyous times were spent with her family of six children, twelve grandchildren, and fourteen great grandchildren. She took great pride in keeping a loving and beautiful home. She is predeceased by her husband, Charles J. Nolan, who passed away in 2009 and her daughter, Barbara J. Gray, who passed away in 2006.

A Memorial Mass for Joanne will be held privately at a later date. Funeral arrangements are under the care of FAY BROTHERS Funeral Home, 1 West Boylston St., West Boylston.