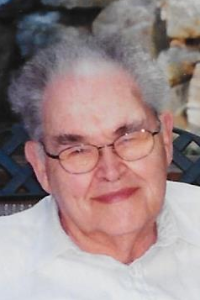 Ralph was born in Holyoke, son of the late Claude and Mary (Kendall) Thomson. After graduating from Holyoke High School, he became a wartime U.S. Navy enlistee Radar Technician. Ralph was discharged from the military and entered public service. He began his public service as a member of the Holyoke Fire Department and then took a position as Fire Alarm Superintendent for 26 years in the City of Worcester. During his tenure with the City of Worcester, Ralph became the "Director of Communications" and was instrumental in coordinating the move of the antiquated city fire alarm system from its Park Avenue location to the (then) newly constructed police headquarters at Lincoln Square. He provided guidance to merge emergency fire department communication systems with five other City of Worcester public service communication systems. Ralph attended Worcester Jr. College, after which, he applied for and received certification from the Commonwealth of Massachusetts as a Registered Professional Engineer in Fire Protection. He was a member and past President of IMSA - International Municipal Signal Association; a member of APCO - Association of Public Safety Communications Officers International; and was an active Mason for over 50 years at the Mt. Tom and Rufus Putnam Lodges.

Ralph always had a kind word and/or a prank for everyone he met, a twinkle in his eye, a deep love for his family, pride in his military and civic positions, along with a tongue-in-cheek stubbornness rooted in his Scottish heritage. Ralph will be missed and remembered fondly by his family, friends, and the community in which he lived.

Private services were held, attended by his loving family. A memorial service will be held at a future date to be determined. In lieu of flowers, donations in honor of Ralph's memory may be made to The Leary Firefighters Foundation, a charitable organization which provides funding and resources for Fire Departments to obtain the best available equipment, technology and training.

To leave an online condolence message, please click link above.