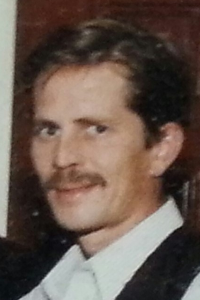 Peter A. Norton, 59, of Shrewsbury, MA, died after a long battle with COPD and Emphysema.

He grew up in Charleston, WV, Milwaukee, WI, and Worcester and Paxton, MA. He leaves behind a son, Andrew J. Norton of Dedham, whom he loved very much. He also is survived by his mother, Barbara Ann (Gatens) Norton, of Paxton, MA; six siblings: David B. Norton, of Conway, NH; Suzanne Norton of Oro Valley, AZ; Sean P. Norton of Holden; Joseph F. and Michael L. Norton of Paxton; and Amy (Norton) McIntire of Worcester. He leaves behind several nieces and nephews as well as many friends.

Peter attended Wachusett Regional High School, and worked for many years as a carpenter before retiring from that field due to ill health.

Peter took great pride in his woodworking abilities, as he was skilled in all aspects of the building process. He enjoyed fishing; playing Keno, darts, and pool; golf; and various other social activities over the course of his life. Most recently, he became a fan of online Scrabble and Yahtzee. Peter had the ability to talk to just about anyone, making them feel engaged and welcomed. He was known to be a charmer (the older ladies and gents loved him!). Most notable about Peter was his desire to choose the right words for every situation, to not judge others, and to be a sounding board for his siblings and friends when they needed him. His integrity was important to him, and he considered himself to be an old-fashioned man of his word.

Cremation and burial will be private. If you would like to remember Peter, please make a contribution in his name to your favorite charity.