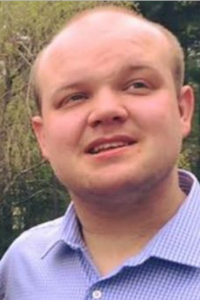 Sutton - To say that heaven gained an angel is an enormous understatement. Zachary D. Light, 22, of Sutton, lived as innocently and purely as a person could. He passed away unexpectedly at home on January 2nd.

Zach was born in Worcester, and was the middle child of Daniel J. Light and Dawn I. (Krals) Light. He was loved by all his family and friends and will be deeply missed by his mother, Dawn, his brother, Daniel, and his sister, Jenna, all of Sutton. He also leaves his aunts and uncles Michael Light, Cynthia Light, Debbie and Paul Morgan, Kenny Krals, Cindy Krals and John Spencer, Brenda Pastor, Tina and Daryn Barnhill, Tracy and Kevin Greene, Jen and the late Dan McCarthy, Barbara MacDonald, Alan Light, and Shuffles Marquis; his cousins Brent, Walter, Jason, Kaila, Shannon, Kenny, Nick, Cortney, Bobby, Josh, Andrew, Justin, Ryan, Kevin, Kelsey, Ryan, Brian, Alan, Kelly, Brooke, Elise, Jill, Katelyn and Barry.

Zach had a fun-loving personality that was contagious to all those around him. He shared a special bond with his teacher, Tayla Niemic, with whom he enjoyed spending time. Most significantly, he had a love for his family that was indescribable and he will be sadly missed by all, especially his dog, Buddy. Zach loved to swim and listen to music; however, he was the happiest when he was taking car rides. Zach defined unconditional love –the joy he brought to others, with a kiss, a high five, or just his calming company reached much further than he ever imagined.

The funeral will be held on Saturday, January 7th at 10AM in Saint John’s Church 44 Temple Street Worcester. Burial will follow in Central Cemetery, Millbury. Calling hours are on Friday, January 6th from 5 to 8 PM in Liberty Church 495 Hartford Turnpike Shrewsbury.

In lieu of flowers memorial contributions in memory of Zach may be made to to either Cystic Fibrosis Foundation 220 North main Street Suite #104 Natick, MA 01760 or to the Epilepsy Foundation New England 335 Main Street #8 Wilmington, MA 01887.