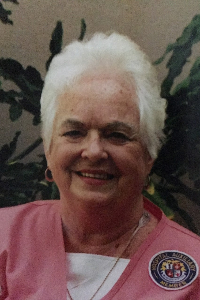 She was born in Worcester, daughter of Aime and Helen (Mason) Grenier and lived here for most of her life until moving to Florida in 1999. She was a former member of Sacred Heart of Jesus Church. Mrs. Burns worked at Saint Vincent Hospital for many years before retiring from the outpatient department. She was a loving and generous woman who enjoyed volunteering for several different organizations.

Family and friends are invited to gather at Notre Dame Mausoleum, 162 Webster Street, on Saturday, January 21st at 10:00am for the committal service.