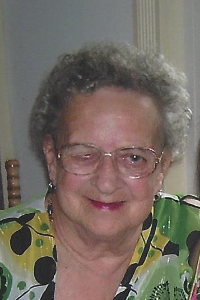 Norma F. (Dussault) Marment Stolakis, 83, of Worcester, passed away on Saturday December 31, 2016 in the Christopher House. Her husband, George A. Stolakis died in 1988.

Mrs. Stolakis was a Nurse’s Aide for many years at Providence House Nursing Home. She also worked with the Visiting Nurse Association.

Norma loved being with family especially her grandchildren and great-grandchildren. When she lived at 11 Lake Ave she was involved with many activities held for the residents and served on the Resident’s Council. She was also a member of the Christopher House Resident’s Council. Helping people was what Norma loved to do. Whether it was providing the best care possible for those receiving nursing home care from her or just helping other residents at Christopher House she always put others first. Her family wishes to thank the staff of Christopher House for the outstanding care and attentiveness giving to Norma.

The funeral will be held on Saturday January 7, 2017 from DIRSA-MORIN FUNERAL HOME, 298 Grafton St, with a Mass at 11:00 AM in St. Joseph Church at Holy Family Parish, 35 Hamilton St. Burial will be at a later date in Notre Dame Cemetery. A calling hour will be held on Saturday January 7, 2017 from 9:30 to 10:30 AM in the funeral home. In lieu of flowers, memorial contributions may be made to a charity of the donor’s choice.