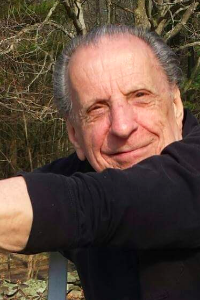 GARDNER- Richard E. Pierce Sr., 80, passed away on January 1, 2017 at Heywood Hospital after a brief illness.

Richard was born in Keene, NH on December 16, 1936 a son to the late Chester and Hazel (Stone) Pierce. His family moved to Worcester in 1944 where he attended local schools. Mr. Pierce was employed for 30 years as a driver for United Liquor Company where he retired from in 1988. He was a member of the Teamsters Local Chapter 170. For the past 5 years he lived in Gardner and was active with the Gardner Senior Center. One of his favorite pastimes was to play pool with all of the others there. He was a huge Red Sox fan and never missed a game. He was a lover of movies with his all-time favorite being “Somewhere in Time” filmed at The Grand Hotel on Mackinac Island in Michigan. He and his wife celebrated their 35th Anniversary there making many special memories.

Mr. Pierce is predeceased by his wife, Beverly A. (Hider) Pierce who passed way in 2006.

He leaves behind a son, Richard Pierce Jr., and his wife Kathy Pierce of Barre; his daughter, Debra Gamache and her husband David Gamache of Gardner; three grandchildren, Shaina Willigar of Hardwick, Brooke Richards of Gardner and Devi Pierce of Barre; three great-grandchildren, Noah Willigar, Maddison Willigar of Hardwick and Leeym Alexandrovich of Gardner; siblings, Charles R. Pierce of Worcester; Ronald L. Pierce of Webster; Harold Pierce of Spencer; Dorothy Foley of Worcester and Ruth Fanion of Charlton; along with many nieces and nephews and his beloved cat Delilah.

Visiting hours will be held on Monday, January 9th from 10:00am until 11:00am in the CALLAHAN - FAY & CASWELL FUNERAL HOME, 61 Myrtle St., Worcester. A funeral service will take place at 11:00am in the funeral home. Burial will follow at Worcester County Memorial Park, Paxton.