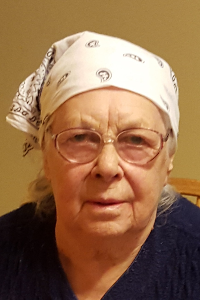 WORCESTER-Anna (Goj) Zukowski, 90, of Worcester passed away Monday, January 2 at the Christopher House.

Her husband, Albin Zukowski died in 1999. She leaves her daughter, Bozena Belton and her husband Stephen of Worcester; two sisters, Sofia Skawinska and Franciszkia Mikulska both of Poland; two step-grandchildren, Amanda Belton and Allison Belton; and nieces and nephews in Poland. Two brothers, Tadeusz Goj and Waclaw Goj and a sister, Helena Goj predeceased her.

Anna was born in Podbrzezina, Poland, daughter of Stanislaw and Jadwiga (Kiziuk) Goj and ran the family farm in Poland, until Poland was invaded by the Russians during WWII. Anna and her family were forced to Karelia, which is now present day Finland. Her family returned to Poland after the war and Anna met her husband, before arriving in Worcester on November 16, 1961.

Anna worked as a seamstress for the former, Worcester Knitting Co., The Worcester Coat Co. and the Slovin Co., before retiring. She was a member of St. John’s Church and a former member of Our Lady of Czestochowa Church.

The family would like to thank the staff of the Brookside Unit at the Christopher House for all their compassionate care and support.

The Funeral will be held Friday, January 6 from CALLAHAN~FAY~CASWELL Funeral Home, 61 Myrtle St. with a Mass at 10AM in St. John’s Church, 40 Temple St. Burial will follow in Notre Dame Cemetery. Visiting Hours are Thursday, January 5 from 5 to 7PM at the funeral home. In lieu of flowers, memorial donations may be made to St. John’s Food for the Poor, 40 Temple St., Worcester, 01604.