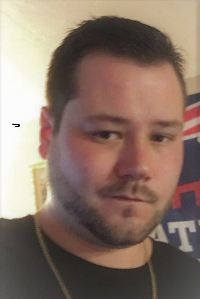 Charlton
Joshua M. Spellman, 29,of Charlton, passed away Friday, December 30, 2016 at U.Mass/Memorial Hospital, University Campus in Worcester after sustaining injuries from an automobile accident.
He leaves behind his mother, Sheila M.(Ferree) Spellman of Spencer, a brother, Shawn P. Hoffner of Spencer, a half-sister, Heather Spellman of Nebraska, his grandparents, Paul E. and Marie R. Ferree of Charlton, an aunt, Paula Anderson of Gardner and nieces and nephews.
Josh was predeceased by a brother, Bruce H. Hoffner who died on August 28, 2015.
He was born in Worcester May 26, 1987 and was raised in Charlton and graduated from Bay Path Regional Vocational High School in 2006. He played baseball, basketball, football, and was named All Star on the school’s baseball team.
Josh also enjoyed fishing and soccer. He worked at METSO-Co. in Worcester as a machinist.
Memorial Calling Hours for Joshua will be Sunday, January 8, 2017 from 5-7PM at the ROBERT J. MILLER-CHARLTON FUNERAL HOME, 175 Old Worcester Rd.
A Mass of Christian Burial will be Monday, January 9, 2017 at 10AM in St. Joseph’s Church, 10 H. Putnam Rd., Ext.,in Charlton. Burial will follow in Notre Dame Cemetery, 162 Webster St., Worcester.
An On Line Guest Book, or to Share a Memory of Joshua, please visit: RJMillerfunerals.net