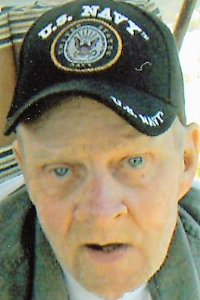 He leaves his daughter, Katie K. Atilho and her husband Vincent of Milford; his son, George R. “Ralph” Shonbeck, Jr. of Worcester; a sister, Susan Shonbeck Swenson of Wales; a brother. Paul Shonbeck and his wife Janice of Worcester; his granddaughter, Ashley Ranne Atilho of Milford; several nieces and nephews; and his close friends, Gregory and Donna Fenderson, with whom he lived. A sister, Margaret “Meg” Flynn, and a grandson, Kurt Noah Shonbeck, both predeceased him.

He was born and raised in Worcester, son of the late Eric G. and Barbara E. (Warren) Shonbeck and was a United States Navy Veteran of the Vietnam War.

George worked many years at Stanley Yarn. He previously worked at Hammond Plastics.
He was a former member of the Auburn Elks, the Auburn Sportsmen Club, and the Fraternal Order of Eagles. He enjoyed fishing, archery, camping, horseshoes, watching the Patriots and the Red Sox, and spending time with his granddaughter Ashley. He will be remembered as a man who enjoyed an ice-cold beer.

There are no calling hours. A GRAVESIDE SERVICE will be held at 10 A.M. on SATURDAY, Jan. 7 in Worcester County Memorial Park, Paxton, MA.

Kelly Funeral Home, 154 Lincoln St., is assisting the family. To share your thoughts and memories with the family on-line, please visit www.kellyfuneralhome.com