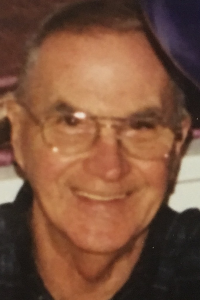 George R. Hutchinson, 74 of Oxford died Tuesday, December 27th in the Rose Monahan Hospice Home. His wife of 48 years, Caroline M. (Cox) Hutchinson died in 2012. He leaves a son, Robert M. Hutchinson and his wife, Tammy of Webster; a daughter, Rita T. McDermott of Worcester and four grandchildren, Brandon, Lauren, Alanna and Jordan.
He was born in Worcester the son of Robert and Fannie (Massey) Hutchinson and graduated from the former St. Stephen’s High School. Mr. Hutchinson was a member of Sacred Heart – St. Catherine of Sweden Church. George worked in the maintenance department at Holy Cross College for several years and previously worked as a machinist for 30 years at the Norton Company, retiring in 2003.
The family would like to thank the staff of the Rose Monahan Hospice Home for their love and compassion they offered George.
His funeral is Wednesday, January 4th from O’CONNOR BROTHERS FUNERAL HOME, 592 Park Avenue with a Mass at 11:00 AM in Sacred Heart – St. Catherine of Sweden Church, 600 Cambridge Street, Worcester. Burial will follow in Notre Dame Cemetery. Calling hours are Tuesday, January 3rd from 4:00 until 7:00 PM in the funeral home.