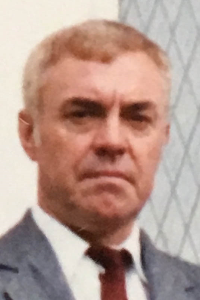 He leaves his wife of 47 years, Zofia (Miecielica) Wisniewski; 3 children, Dorothy Murzycki of Dudley, Ursula M. Zdrok and her husband David of Webster, and Daniel E. Wisniewski of Dudley; 2 grandchildren, Julia Catherine Zdrok and Matthew David Zdrok; a brother, Jurek Wisniewski and his wife Helena of Farmington, CT; a sister, Irena Goracy of New Britain, CT; nephews and nieces. He was preceded in death by his brother, Marian Wisniewski

He was born and raised in Bystry, Poland, a son of Waclaw and Aleksandra (Dzieniszewska) Wisniewski. He graduated from a trade school in Gdansk. He moved to Dudley in 1965.

Mr. Wisniewski was first a butcher at New Way Market in Southbridge. He then worked as a machine operator at Concord Wire Company in Worcester before retiring in 2003.

He was a communicant of Saint Andrew Bobola Church and a former member of the Worcester Teamsters Union. He enjoyed tending his annual garden, mushroom picking, fishing and the outdoors in general. He cherished the time he spent with his grandchildren.