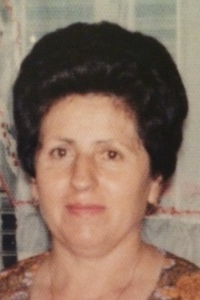 Pinelope (Kitsos) Basbas, 85, of Worcester, died Sunday, December 25th with her loving family by her side. Her husband, Konstandinos died in 1988. She leaves her daughter, Athina Vagelis of Worcester; two sisters, Katerina Sarras and Athena Drosos both of Greece; and her grandchildren, Elena and George Vagelis.

She was born in Divri, Albania the daughter of Sotiri and Vasilki (Tamali) Kitsos. Pinelope had been been employed as a seamstress by Hawthorne Sportswear for over 4o years retiring in 1992. She was a member of St. Spyridon Greek Orthodox Cathedral.