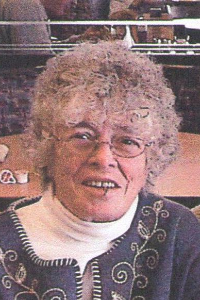 WORCESTER-Claire M. (Fitzgibbons) McMahon, 85, of Worcester passed away Thursday, December 22, 2016 at home with her loving family by her side. She is survived by her beloved husband of 60 years, Edward P. McMahon and their five children; Mary Chappell and her husband Steven of Danielson, CT, Edward McMahon and his wife Teresa of Marblehead, MA, Kathy Johnson and her husband Wayne, of Worcester, Timothy McMahon and his wife Denise of Holden, and Terrence McMahon and his wife Thanda of Andover. She also leaves eight grandchildren; Ryan and Emily McMahon, Joshua and Christopher Johnson, Patrick and Katie McMahon and Kiley and Aislinn McMahon, two step grandchildren, Ian and Ryan; and many nephews and nieces, including Mary Brunton, with whom she shared a special bond. She was predeceased by her infant son, Jerry, and siblings, Mary, Ruth, Marie, Anne, James and George.

She was born in Worcester, daughter of James J. and Mary M. (Donohue) Fitzgibbons and graduated from Commerce High School and Salter Secretarial School. Mrs. McMahon previously worked for New England Telephone and was a volunteer for Worcester Public Schools for several years. She was a longtime member of Christ the King Church.

The funeral will be held Tuesday, December 27 from CALLAHAN FAY & CASWELL Funeral Home, 61 Myrtle Street with a Mass at 10:00am at Christ the King Church, 1052 Pleasant Street. Burial will follow at St. John's Cemetery. Visiting hours are Monday, December 26th from 4:00 until 7:00pm at the funeral home.

In lieu of flowers, donations in Claire’s memory may be made to Christ the King Church, 1052 Pleasant Street, Worcester, MA 01602.