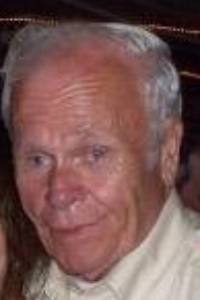 Tom worked for the Worcester Local Teamsters #170, before retiring. He was a member of the Brookfield Rod and Gun Club and a former member of the Northboro Fish and Game Club, the Auburn Sportsman Club and St. Rose of Lima Church. Tom loved hunting for and collecting antiques. He was a faithful friend of Bill W. for the last nine years.

A Funeral Service will be held at 11AM on Wednesday, December 28 at 11AM in CALLAHAN~FAY~CASWELL Funeral Home, 61 Myrtle St. Burial will follow in Worcester County Memorial Park, Paxton. Visiting Hours are Tuesday, December 27 from 4 to 6PM in the funeral home. In lieu of flowers, memorial donations may be made to, the Notre Dame Hospice Program, 555 Plantation St., Worcester, 01605.