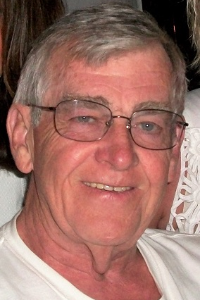 
Worcester: Robert N. Dubeau, 76, passed away on Tuesday, December 20, 2016 at UMASS Memorial Medical Center, University Campus. He leaves a son and his wife, Worcester Fire Lieutenant Jeffrey and Lauren Dubeau and their children Max and Jack; a daughter- Amy Marrier and her children Abigaile, Joshua, and Grace of Rutland; a son-in-law, Eddie Pineiro and his children Jacob and Gregory; a brother and sister-in-law William and Mary Dubeau; several nieces and nephews; and his girls at Jan's. He was pre-deceased by his wife of 40 years Janet M. (Lundgren) Dubeau, and a daughter Amanda Pineiro.

Bob was born in Worcester, son of the late Norman and Grace (Palmer) Dubeau. He graduated from Worcester Technical High School and proudly served his country in the US Army. He worked for many years as a foreman at the Entwistle Company, retiring in 2003. He also worked at and co-owned Jan's Kitchen on West Boylston St. He enjoyed vacationing in Maine, going on cruises, and spending time with his family.

Calling hours will be held on Monday, December 26, 2016 from 4-7 pm in Nordgren Funeral Home 300 Lincoln St. Worcester. A funeral service will be held on Tuesday, December 27, 2016 at 11:00 a.m. in the funeral home. Burial will follow in Worcester County Memorial Park, Paxton. In lieu of flowers, donations in Bob's memory may be made to the Leukemia Society. For directions or to leave an online condolence message, please click link.