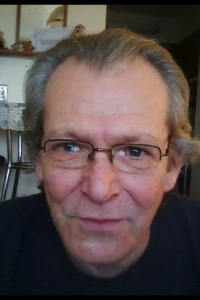 Mark A. Caruso, 62, died Friday, December 16, 2016. He is survived by a brother, Craig “Ricky” Caruso of Shrewsbury; two sisters, Tina M. Caruso and MaryEllen McConville, both of Worcester; four nephews and nieces and his close friend, Brian Murphy. A brother, Peter A. Caruso predeceased him in 1980.

Mark was born in Worcester, son of the late Anthony M. Caruso and Eileen M. (Quirk) Wenho and graduated from Burncoat High School. He was an Army veteran of the Vietnam War. Mark worked at the Goldstar Blvd. Honey Farms for several years. He was a fan of all the Boston sports teams, loved to play cribbage and enjoyed watching the Three Stooges.

Visiting hours will be held on Friday, December 23 from 3:00 until 5:00 pm at CALLAHAN FAY CASWELL Funeral Home, 61 Myrtle Street, Worcester. Burial will be private and held at a later date.