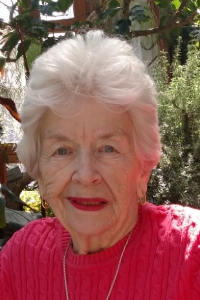 MILLBURY-Marilyn A. (Sandquist) Eurenius, 86, formerly of Worcester, died Saturday, December 17, 2016 at her daughters home, after an illness. Her husband of over 40 years, Arthur W. Eurenius died in 1990.

Marilyn was born in Worcester, daughter of George and Ethel (Ward) Sandquist. She was a lifelong member of Chestnut Street Congregational Church in Worcester until its closing and currently belonged to First Congregational Church of Millbury. She worked in the housekeeping department at Saint Vincent Hospital for nearly 20 years. Marilyn loved going to the beach and to travel, especially to Las Vegas, and she was an avid Red Sox fan. Spending time with her family and friends was what Marilyn cherished most.

A Funeral Service will be held at 10:00 AM on Wednesday, December 28th at the First Congregational Church, UCC, of Millbury, 148 West Main Street, Millbury. Burial will follow at Worcester County Memorial Park, Paxton. There are no visiting hours.

Arrangements are in the care of Lindquist Lundin Funeral Home, 36 Butler Street, Worcester.