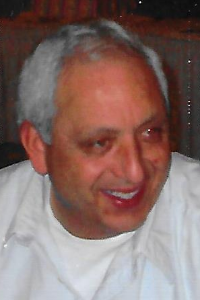 Ralph A. Butler, Jr., 59, passed away Dec. 13, 2016, surrounded by his loving family after a long illness. He leaves his sister, Martha J. Butler; niece, Alyssa Humrich, who was like a daughter to him; aunt, Marie Butler; and several cousins.

Ralph was born in Worcester, son of Ralph and Frances (Nicoletti) Butler, Sr. He graduated from Burncoat Sr. High School, Class of 1975 and held 2 master's degrees. He proudly served his country in the U.S. Navy as a member of the Special Forces Unit, where he worked as a sonar technician on submarines. He was a member of the Knights of Columbus and enjoyed animals, especially dogs and horses, as well as action movies and computers.

Memorial calling hours will be held Friday, Dec. 23, from 5-7 p.m. in Nordgren Funeral Home 300 Lincoln St. followed by the service at 7 p.m. Following cremation, Ralph will be buried at sea by the US Navy.