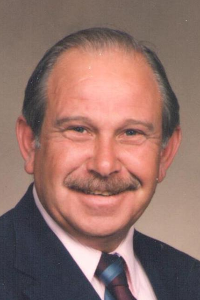 Carl worked for Our Lady Good Counsel Church for more than 25 years, where he was devoted to the pastors, parishioners, kids, the women’s club and God. He also worked for 14 years as a security guard at the DCU center in Worcester. Carl and his wife opened their home to many children in need over the years as a Foster Parent of Central Massachusetts. All that entered their home were welcome, loved and felt part of the family. Carl believed in giving back to his community where ever possibly. He coached sports teams from little league to CYC softball and basketball. For years he and his sons would distribute holiday food baskets for catholic charities. He was a prior member of the West Boylston Lion Club, member of the West Boylston Band Stand Committee and so many more.

He loved camping and being part of the “C” road gang at Rusnick Campground, playing cards, going to the casino, manning a grill, organizing and cooking for events for so many. He enjoyed the simple days of fishing or hunting. Carl’s most cherished time was anytime he could spend with his family and friends, the more the better.

His family would like to express our sincere appreciation to the Beacon Hospice Care for the special care they have provided over the past few weeks and to Heidi Levesque for being there 24 hrs.

Visiting hours will be held on Friday, December 16th 4:00 pm until 7:00 pm at FAY BROTHERS Funeral Home, 1 West Boylston St. His Funeral Mass will be held on Saturday, December 17th at 10:00 am at Our Lady of Good Counsel Church, 111 Worcester St. Burial will be in Mt. Vernon Cemetery. In lieu of flowers, consideration of financial support for his wife, Donna, can be made to Lori Fitton 30 Carol Dr. West Boylston MA 01583 or Carl Johnson 1 Armandale St. Worcester, MA 01606.