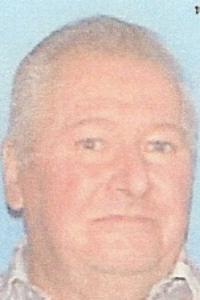 SPENCER: Vincent C. Campbell, Jr. 89 of Bellevue Dr., died Monday, Dec.12 in The Meadows of Leicester. He leaves his wife of 65 years, Bertha H. (Rosen) Campbell, his daughter Joyce A. Lavine and her husband Ronald of Spencer with whom he lived, a brother John T. Campbell of Leicester, two sisters Alice Crouse wife of Warren of Maine, and Nancy Gianinno and her husband Andrew of No.Attleboro, two grandchildren Todd Lavine and his wife Kelley of Sutton, and Tina Baillargeon and her husband Shawn of Rutland, five great grandchildren; Marissa, Brayden, Kaia, Kate and Keira, sister in laws; Edna Crouse of Shrewsbury, Marion Campbell of Spencer, Ursula Rosen of Wheelright, and Bernice Roche of Millbury, many nieces and nephews. He is predeceased by his son James Campbell in 2000, and brothers Charles, Joseph and Philip Campbell and sisters Catherine and Mary Campbell.
Born in Worcester, he was the son of Vincent and Catherine M. (Christman) Campbell and lived in Millbury for many years before moving to Spencer.
Vinny attended Worcester Boys Trade School and later served his country with the US Army during WWII. He enjoyed listening to music and spending time with family, especially his grandchildren who affectionately called him "poker".
The family would like to thank the caring staffs at both The Meadows in Leicester and University Dialysis Center in Shrewsbury for their exceptional care of Vinny.
A prayer service for Vinny will be held on Friday, Dec. 16 at 10 a.m. in the MORIN FUNERAL HOME, 1131 Main St., Leicester. A calling hour will precede the service on Friday from 9 to 10 a.m. Burial will follow in Worcester County Memorial Park, Paxton. In lieu of flowers, contributions may be made to St. Jude's Children's Hospital, 501 St. Jude Pl., Memphis, Tenn., 38105.