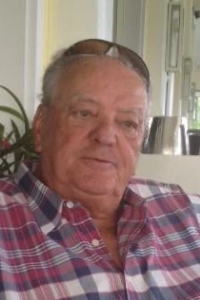 He leaves two daughters, Val and her husband Peter Jones of Berkley, MA and Noeleen Meola of Dublin, Ireland; two brothers, James and his wife, Anna Marie Meola of West Boylston and Chris Meola of West Boylston; two sisters, Marie Leonard of West Boylston and Elizabeth and her husband, Kenneth Foley of Worcester; three grandchildren, Leslie Sentiger and her companion Shane Hooben, Nicholas Sentiger and Claudia Sentiger; two great-grandchildren, Wyatt and Penny Hooben and many nieces and nephews. His former wife, Bridget (Grehan) Butler passed away six weeks ago and two brothers, George and Carmine predeceased him. He was born in Worcester son of, Christie and Gladys (Dickie) Meola and graduated from Worcester Boys Trade School and served in the Air Force in Germany during the Berlin Wall Crisis.


Raymond owned and operated the former Meola Vending Company in Worcester, a business he founded in 1978. Earlier in his life he also founded King Machine Company in West Boylston, a manufacturing business which had several national contracts. He was a true original, with an inventive mind. After retiring he moved to West Palm Beach to pursue his love of playing golf. This was his true passion whether playing at Sterling Country Club or traveling to some new golf course to explore. Ray loved spending time with his grandchildren, traveling around the country, especially three road trips to Alaska and different casinos.

A Funeral will be held Thursday, December 8 from FAY BROTHERS FUNERAL HOME, 1 West Boylston Street with a Mass at 10:30AM in Our Lady of Good Counsel Church, 111 Worcester Street. Burial will be in Mount Vernon Cemetery. Visiting Hours are Wednesday, December 7 from 4 to 7PM at the funeral home. In lieu of flowers, memorial donations may be made to, Habitat for Humanity, 11 Distributor Rd, Worcester, MA 01605.