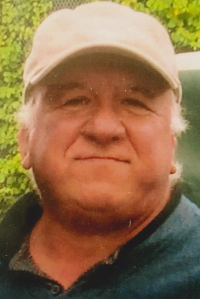 Charlton
William C. ‘Bill ‘ ’Hank’ Krukowski, 68, passed away Friday, November 25, 2016 at Harrington Memorial Hospital, Southbridge, from injuries sustained after being struck by an automobile outside of his home.
He leaves his wife of 46 years, Margaret E. ‘Peggy’ (Bird) Krukowski, 2 sons, Mark J. Krukowski and his wife Paula, and Billy J. Krukowski and his wife Liz, and 4 grandsons, all of Charlton. He also leaves sisters and brother; Bernadette White of Swampscott, Michael Krukowski of FLA., Theresa Novia of Worcester and Christine Wilson and Margaux Chomo both of New Tripoli, PA. as well as several nieces and nephews.
Mr. Krukowski was born in Worcester, the son of the late William S. and Martha E. (Lundblad) Kruk and moved to Charlton in 1978.
He was predeceased by a daughter, Jennifer M. Krukowski who died March 10, 1996.
Mr. Krukowski was a U.S. Air Force Veteran of the Vietnam War and proudly served with the 42nd SAC Command.
Bill was a self employed general contractor and owned and operated B-K Builders, he was also clerk of the works for the New St. Joseph’s Church in Charlton.
He was a member of St. Joseph’s Church ,a member of the Red Knights, past president and member of the Century Sportsman’s Club in Auburn. A founder of the JENNS Committee (for improvements to Route 20), and loved to golf and to go fishing and hunting.
Friends and relatives are invited to meet with the family for calling hours, Friday. December 9, 2016 from 4-7PM at the ROBERT J. MILLER-CHARLTON FUNERAL HOME, 175 Old Worcester Rd. in Charlton.
A Mass of Christian Burial will be Saturday, December 10 at 10 AM at St. Joseph’s Church, 10 H-Putnam Rd., Ext. followed by burial with Military Honors in West Ridge Cemetery in Charlton.
In Lieu of flowers, Memorial Contributions are suggested to: Veterans’ Inc., 69 Grove St., Worcester, MA. 01605.
An On Line Guest Book or to leaves a message of condolence for the Krukowski family, please visit:RJMillerfunerals.net