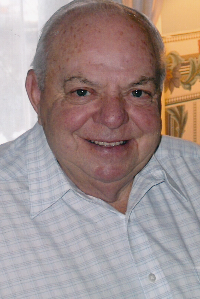 He leaves his wife of 61 years, Frances V. (Starzec) Lavallee; 3 children, David R. Lavallee and his wife Ann, and Paula Aubin and her husband David, all of Webster, and Paul Lavallee and his fiancée Christine Doherty of Auburn; 8 grandchildren, Richard, Nicholas and Kristen Cameron, Jonathan and Katherine Lavallee, and Jordan, Nicole and Tyler Lavallee; a step-grandson, Joshua Aubin; 2 sisters, Doris Sidebottom of Webster and Carol Lavallee of Worcester; an aunt, Alice Berry of Dudley; several brothers-in-law and sisters-in-law; many nephews and nieces. He was looking forward to the birth of his first great-granddaughter in January. He was preceded in death by 2 brothers, Henry Lavallee and Wilfred Lavallee, Jr..

He was born in Webster, a son of Wilfred R. Lavallee, Sr. and Irene R. (Germain) Lavallee, and lived here all his life.

He was a Navy veteran of the Korean War in the Seabees. He then joined the Air Force Reserves, retiring as a staff sergeant in 1961. He was a member and past commander of the Disabled American Veterans Post and also a member of the Webster-Dudley American Legion Post #184.

Mr. Lavallee owned and operated Lavallee & Sons Trucking Company for 20 years. He then worked for the Webster Highway Department for 10 years before retiring in 1993.

He was first elected as a road commissioner for 20 years and then served as a commissioner on the Department of Public Works for 2 ½ years. He was a member of the Webster-Dudley Knights of Columbus Council #228. He enjoyed playing pitch every day at the Webster Senior Center and in various local pitch leagues. He was a communicant of Saint Joseph Basilica.

The funeral will be held Saturday, December 10, from the Sitkowski & Malboeuf Funeral Home, 340 School Street, with a Mass at 11:00 AM in Saint Joseph Basilica, 53 Whitcomb Street. Burial will be in Saint Joseph Garden of Peace, with the Webster-Dudley Veterans Council performing military honors. Visitation will be from 8:45 to 10:15 AM Saturday, December 10 in the funeral home. Donations in his name may be made to either Friends of St. Joseph School Fund, 53 Whitcomb St., or to the Webster-Dudley Veterans Council, 3 Veterans Way, both in Webster, MA 01570.